Thank you for your generous donations to our 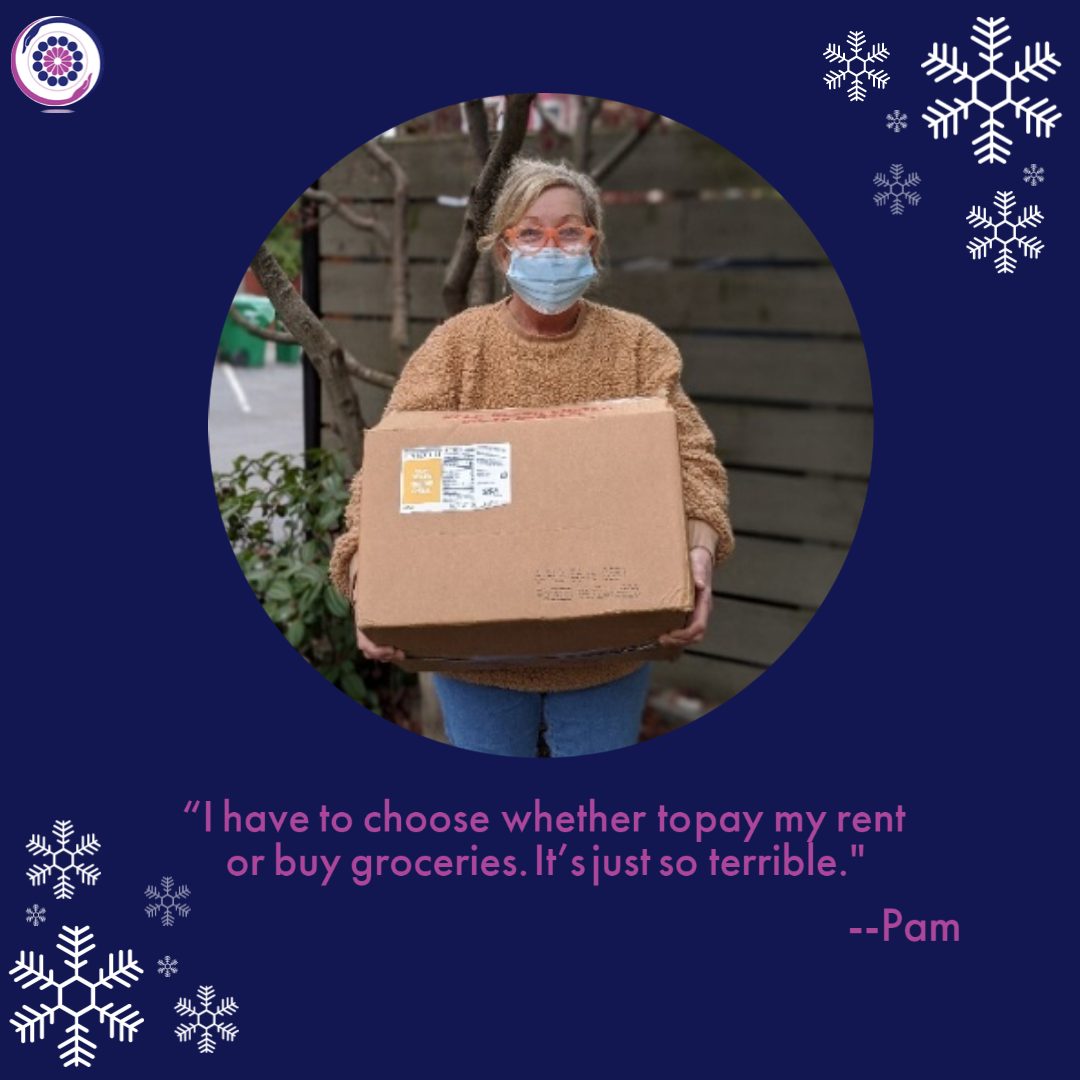 Pam lives in a nearby apartment and like so many others in our community, she lost her job when the Covid-19 pandemic hit.  Scared how she would pay rent, she immediately found a new job at a grocery store delivering curbside but for only half the pay.  Month after month of struggling to keep up, she found herself unable to both pay her bills and also put food on her table. She relies on a box of food from ICS each week in order to survive.

Give the gift of FOOD today 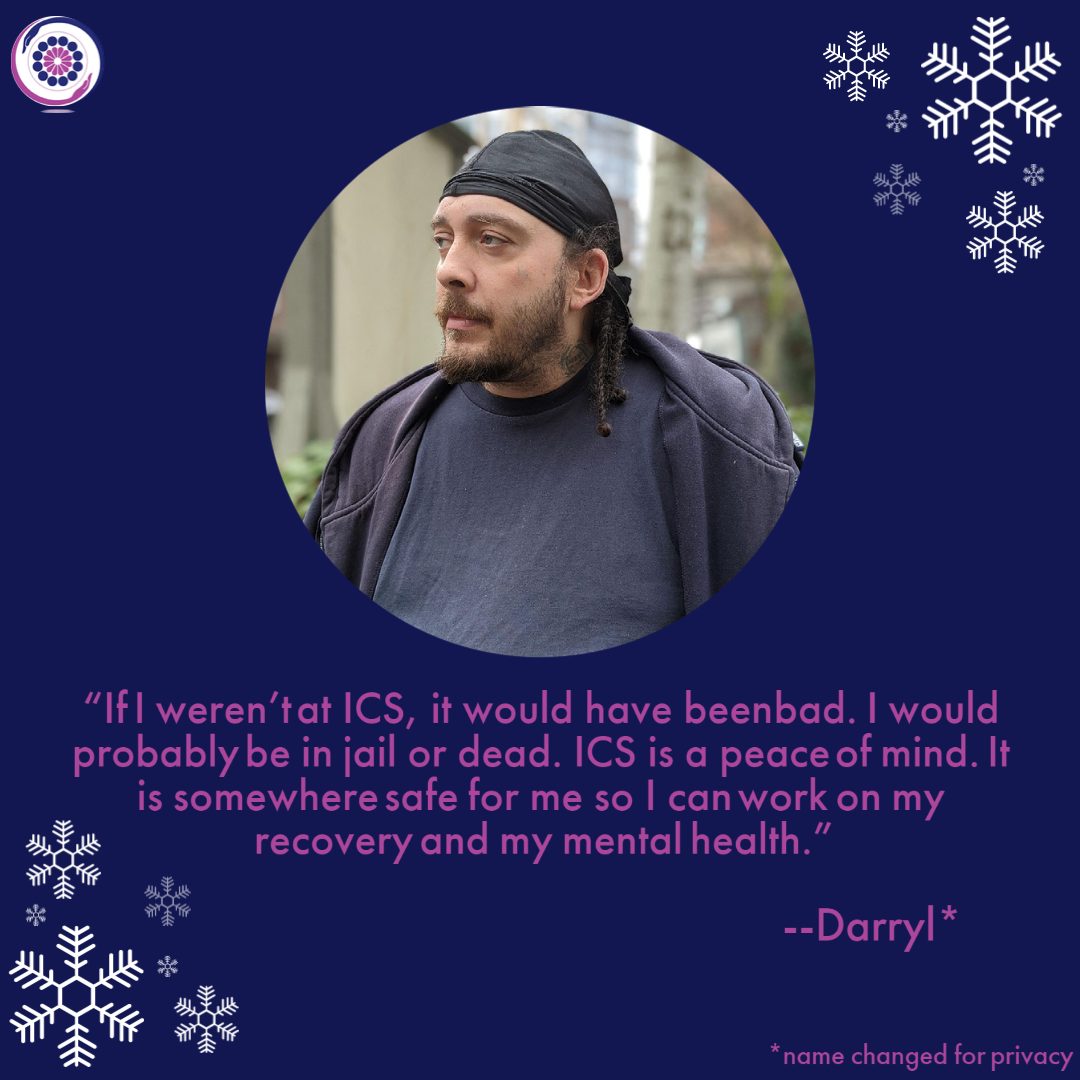 Darryl grew up in a household where drinking and drugs were part of daily life.  His mom first introduced him to marijuana as a young child which led to him starting to drink at age 13. He dropped out of school at 14, falling deeper into his addiction and using harder substances.

Last summer, he hit rock bottom and lost hope.  He didn’t think he was going to make it. He found himself in the hospital and he finally decided he needed help. He enrolled in outpatient treatment and found his way to ICS.

At ICS, he doesn’t have to worry about where he will sleep tonight or where his next meal will come from.  Now, he only has to worry about focusing all of his energy on his recovery.

Darryl now has over 8 months sober for the first time in his life!  He is working on his mental health, looking forward to the future and is rebuilding his relationships with his family.

Give the gift of SHELTER today